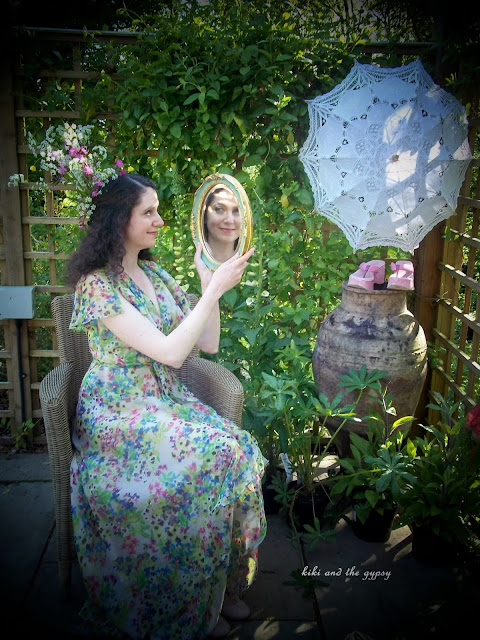 Once there was a White Queen. The eldest of twelve princesses, she had married a soldier King and the responsibilities of her position weighed heavily upon her.
The White Queen grew weary of her own company and that of her beloved. She longed to see her sisters, to put her work to one side and to return to the gilded palace where they used to dance in their jewel coloured dresses, to twirl and waltz and tango until their feet were sore and their souls soared with the magic and mischief that only wholehearted dancing brings.
Proposing a mad tea party at her food blog Idle Bakes - like the wonderful one being held by my inspiring friend Vanessa Valencia at A Fanciful Twist right now - she sent word for her dear sisters to join her, and so here they come, dancing their way across the land. But as they do so, let me recount to you their tale. For as you shall discover, despite the poetic fears of a certain Anne Sexton, their story ends very well after all.... 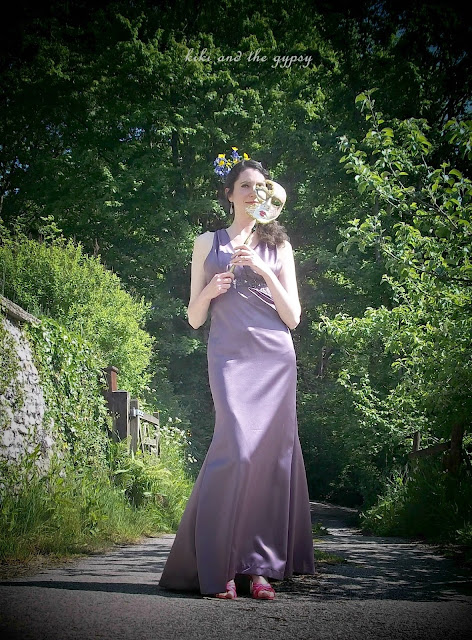 Once
this king had twelve daughters,
each more beautiful than the other.
They slept together, bed by bed
in a kind of girls' dormitory.
At night the king locked and bolted the door
. How could they possibly escape?
Yet each morning their shoes
were danced to pieces.
Each was as worn as an old jockstrap.
The king sent out a proclamation
that anyone who could discover
where the princesses did their dancing
could take his pick of the litter.
However there was a catch.
If he failed, he would pay with his life.
Well, so it goes. 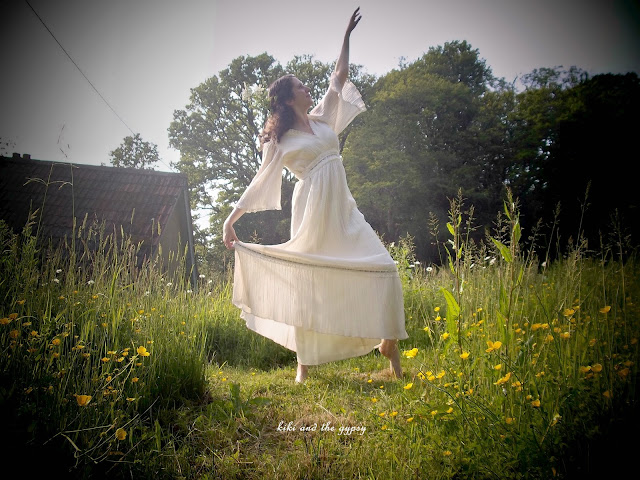 Many princes tried,
each sitting outside the dormitory,
the door ajar so he could observe
what enchantment came over the shoes.
But each time the twelve dancing princesses
gave the snoopy man a Mickey Finn
and so he was beheaded.
Poof! Like a basketball. 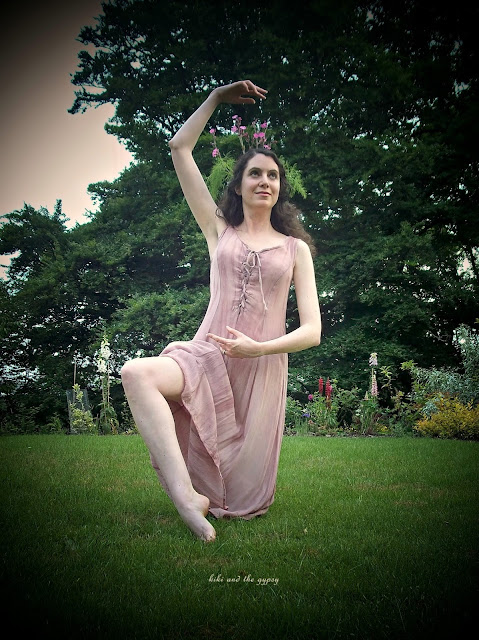 It so happened that a poor soldier
heard about these strange goings on
and decided to give it a try.
On his way to the castle
he met an old old woman.
Age, for a change, was of some use.
She wasn't stuffed in a nursing home.
She told him not to drink a drop of wine
and gave him a cloak that would make
him invisible when the right time came.
And thus he sat outside the dorm.
The oldest princess brought him some wine
but he fastened a sponge beneath his chin,
looking the opposite of Andy Gump. 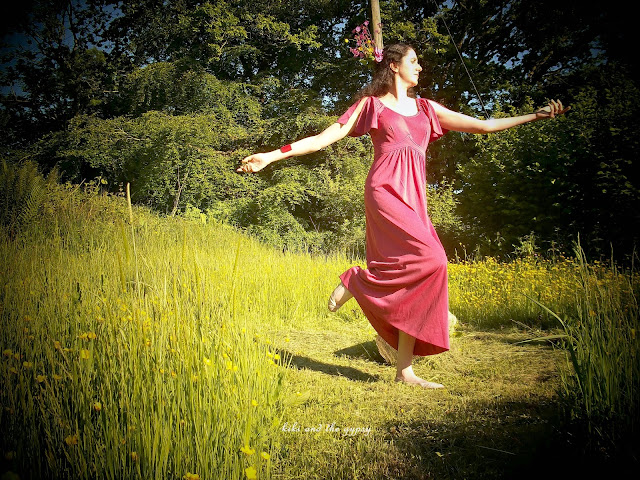 The sponge soaked up the wine,
and thus he stayed awake.
He feigned sleep however
and the princesses sprang out of their beds
and fussed around like a Miss America Contest.
Then the eldest went to her bed
and knocked upon it and it sank into the earth.
They descended down the opening
one after the other. The crafty soldier
put on his invisible cloak and followed.
Yikes, said the youngest daughter,
something just stepped on my dress.
But the oldest thought it just a nail. 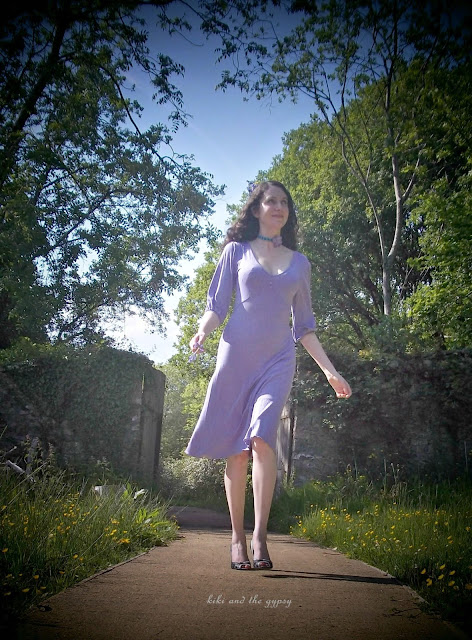 Next stood an avenue of trees,
each leaf make of sterling silver.
The soldier took a leaf for proof.
The youngest heard the branch break
and said, Oof! Who goes there?
But the oldest said, Those are
the royal trumpets playing triumphantly.
The next trees were made of diamonds.
He took one that flickered like Tinkerbell
and the youngest said: Wait up! He is here!
But the oldest said: Trumpets, my dear. 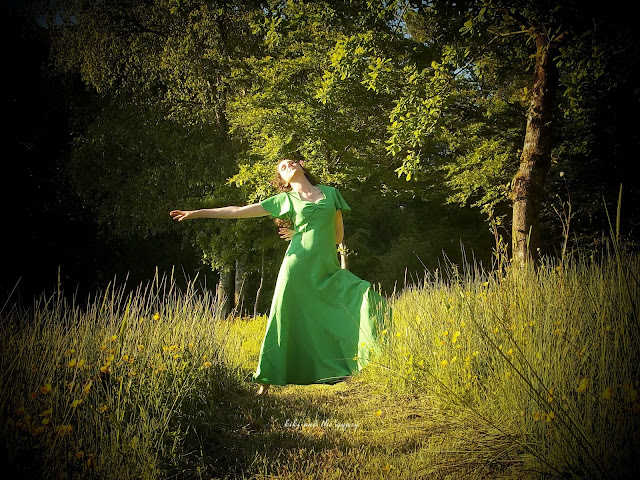 Next they came to a lake where lay
twelve boats with twelve enchanted princes
waiting to row them to the underground castle.
The soldier sat in the youngest's boat
and the boat was as heavy as if an icebox
had been added but the prince did not suspect. 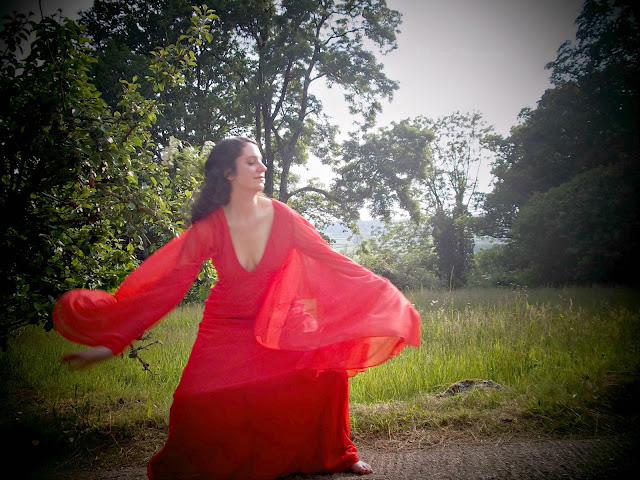 Next came the ball where the shoes did duty.
The princesses danced like taxi girls at Roseland
as if those tickets would run right out.
They were painted in kisses with their secret hair
and though the soldier drank from their cups
they drank down their youth with nary a thought. 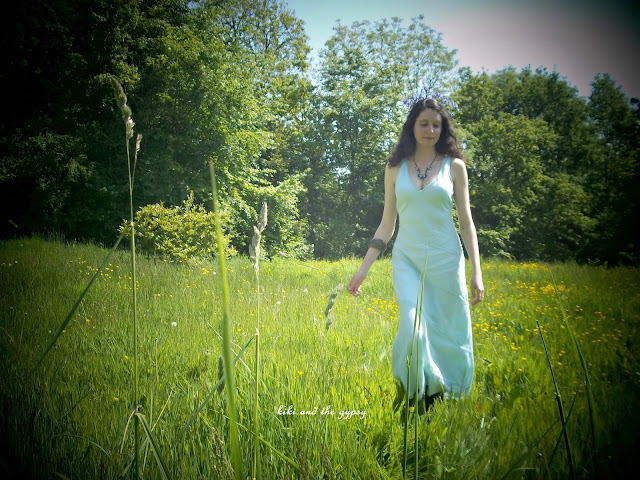 Cruets of champagne and cups full of rubies.
They danced until morning and the sun came up
naked and angry and so they returned
by the same strange route. The soldier
went forward through the dormitory and into
his waiting chair to feign his druggy sleep.
That morning the soldier, his eyes fiery
like blood in a wound, his purpose brutal
as if facing a battle, hurried with his answer
as if to the Sphinx. The shoes! The shoes!
The soldier told. He brought forth
the silver leaf, the diamond the size of a plum. 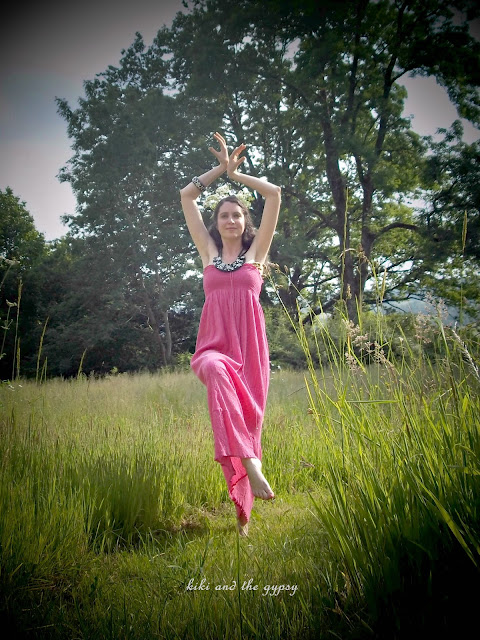 He had won. The dancing shoes would dance
no more. The princesses were torn from
their night life like a baby from its pacifier.
Because he was old he picked the eldest.
At the wedding the princesses averted their eyes
and sagged like old sweatshirts.
Now the runaways would run no more and never
again would their hair be tangled into diamonds,
never again their shoes worn down to a laugh,
never the bed falling down into purgatory
to let them climb in after
with their Lucifer kicking.


Extract from The Twelve Dancing Princesses, by Anne Sexton, via 1 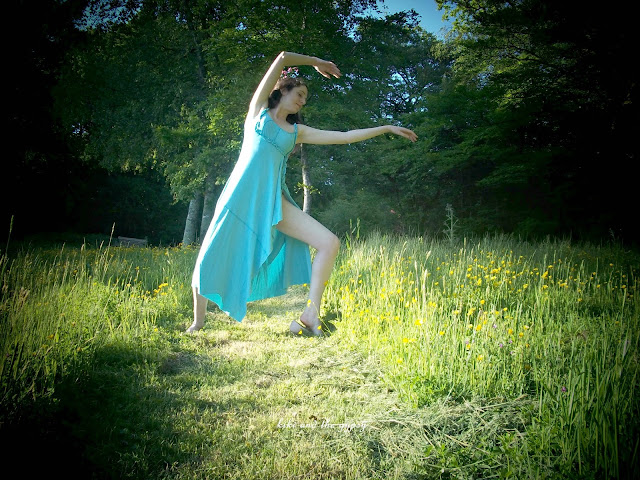 However, that is not the end of their story.... so let me continue. After an initial sagging like old sweatshirts, the princesses soon discovered both the Women's Liberation movement, and the barefoot dance style of Isadora Duncan. They left home and their controlling father behind, and they continue to dance every night away at the same underground palace, still the best club in town. 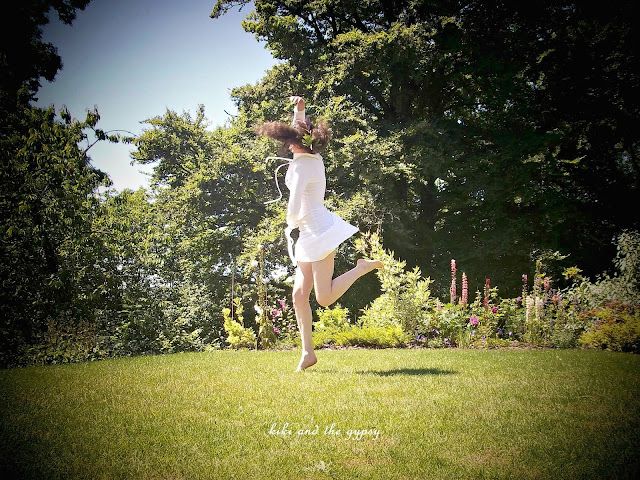 Once the eldest princess knew him better, she grew to love her soldier husband, for he treated her as his adored equal. He became the White King, and she the White Queen. They devoted their time to humanitarian work, taking money from the rich in their kingdom to feed the poor. The eldest held on to her favourite shoes and a couple of her magnificent dresses, as keepsakes from those heady dancing days, and she still dances in the club with her sisters whenever the fancy takes her.  No man is the boss of her, of that you can be certain!

She's serving tea at her Mad Tea Party at Idle Bakes right now, do drop by to say hello and eat a homemade rose macaron or two...
Wishing you all a very happy Mad Tea Party! 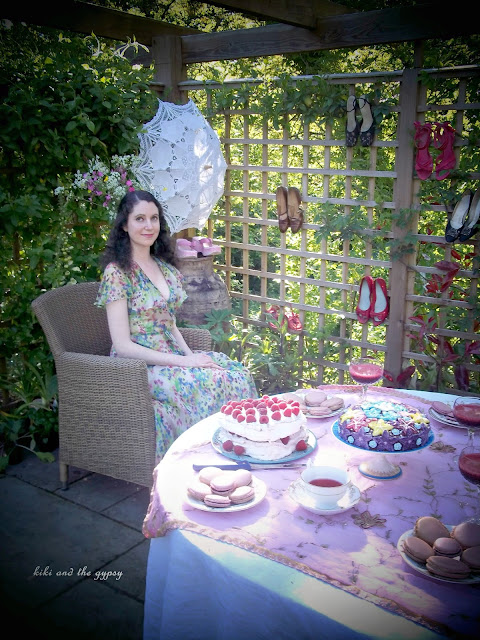 Apart from the multi-coloured ruffle dress, which I bought relatively recently for my younger brother's wedding from Monsoon, all dresses shown are either vintage or old favourites of mine. The pale pink petal lace up dress I bought for myself as a teenager over 20 years ago.
The Soundtrack
Ralph Vaughan Williams: The Lark Ascending


Dancing photographs taken by me, self portraits using the timer on my little digital camera.
White Queen at the tea party photographs taken by my dear mother.
p.s. the real dancers amongst you will recognise that I can't really remember how to dance, having stopped ballet lessons at the age of 9, but I do enjoy an Isadora Duncan inspired freestyle!


Thanks for popping by, and please be sure you feast with the White Queen at Idle Bakes before you leave.
Now I'm off to visit all your mad tea parties!

Please leave a message, I love to hear from you!

Kiki and the Gypsy features photographs of my vast wardrobe of timeless heirloom vintage or just damn old clothes, plus any beautiful interiors, art and landscapes that catch my magpie eye.

It is named after my late grandmother Kiki, who was a talented couturier and costume designer in London from the 1930s to the 1950s, and documents many of her unique designs, along with other items of clothing passed down through the generations of well dressed women in my family.

Flora Cruft
I'm a country woman, living with my man and our cat in the wilds of the british westcountry. I use my blogs to enjoy the passions of my spare time: baking scrumptious cakes, wearing exquisite old clothes and finding inspiration in beautiful words and images.